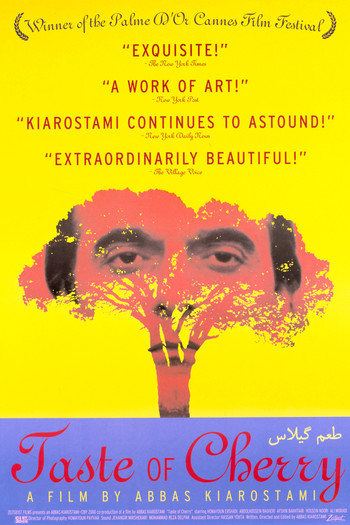 Taste of Cherry is a 1997 Iranian film directed by Abbas Kiarostami. The film concerns a middle-aged man named Mr. Badii who plans to commit suicide. Mr. Badii drives aroung Tehran trying to find someone to bury him after he dies.

It won the Palme d'Or at the 1997 Cannes Film Festival.