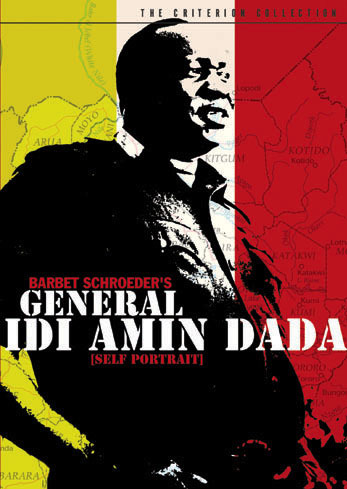 A legend in his own mind.
Advertisement:

General Idi Amin Dada: A Self-Portrait (French title: Général Idi Amin Dada: Autoportrait) is a 1974 documentary about the infamous Ugandan dictator Idi Amin, whose reign from 1971 to 1979 led to the death of hundred of thousands of Ugandans. Often considered one of the more bizarre dictators of the world, Amin was seen as a curiosity within the then-normal binary of capitalist and communist nations, being not quite pro-capitalist and not quite pro-communist.

At first glance, this documentary doesn't seem all that special, given how plenty of other documentaries have covered Amin’s reign of terror, and with more in-depth coverage of the situation than this one. However, this one has a twist: Not only was it filmed in Uganda during the time of Amin’s rule, but it was fully approved by Amin himself. In fact, most of the film is spent focusing on the General, following him around at affairs both personal and public as he gives his world views on the various African and world powers. This access allowed the documentary to get up close and personal to Amin, who emerges as quite an... interesting individual.