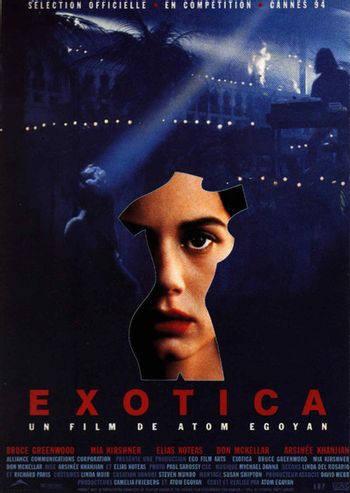 The plot centers on the interconnected lives of Thomas Pinto (McKellar), an exotic bird smuggler; Francis Brown (Greenwood), a tax auditor with a troubled past; Zoe (Khanjian), the owner of the club; Eric (Koteas), the club's emcee; and Christina (Kirshner), one of its dancers. The film does not reveal how all of these characters are linked until the final scene.