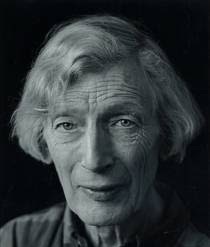 Peter Dickinson (1927 – 2015) was a prolific Britishnote He spent most of his life in England, but was born in Northern Rhodesia in the days when it was part of the British Empire author, who is known both for his crime fiction and for his books for younger readers, of which many are SF.

The Changes trilogy was adapted loosely for television in 1975, and The Flight of Dragons even more loosely into an animated film in 1986.

He was awarded an OBE for services to Literature in 2009.