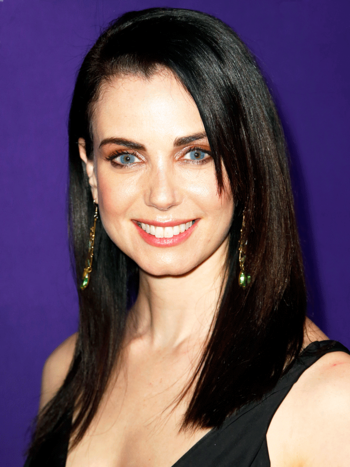 Mia Kirshner (born January 25, 1975 in Toronto, Ontario) is a Canadian actress, writer and social activist who works in movies and television series. She is known for her role as Jenny Schecter on The L Word and for her recurring guest role as the terrorist Mandy on the TV series 24.

She is Jewish, and also the granddaughter of Holocaust survivors. Kirshner has been active advocating for refugees and even wrote a book, I Live Here, sharing some of their stories.