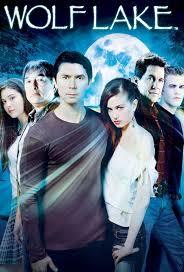 "And the Moon! Is it just me, or is it always full around here?"
— John Kanin, Wolf Lake
Advertisement:

Lou Diamond Phillips stars as Officer John Kanin who is searching for his fiance Ruby Wilder after she is attacked and kidnapped from Seattle. He heads to her hometown of Wolf Lake for help. When he gets there he realizes that there is more going on than he realizes.