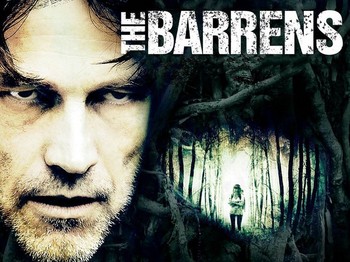 Richard Vineyard and his wife Cynthia, as well as his daughter Sadie and young son Danny, are shown leaving suburban home to go on a camping trip, hoping to remove themselves from civilization and bond together in the Pine Barrens of New Jersey. They run into other campers who tell them the story of The Jersey Devil, and of course, strange things begin to occur; mutilated animals appear and Richard's sanity takes a toll for the worse.

Tropes in The Barrens include: