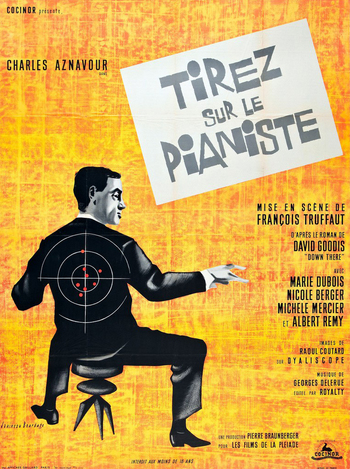 Shoot the Piano Player (Tirez sur le pianiste) is a 1960 French gangster film directed by François Truffaut, based on the novel Down There by David Goodis.

The film focuses on Charlie Kohler, formerly a famous pianist named Edouard Saroyan (Charles Aznavour), who now makes his living playing piano in a bar. His normal routine is interrupted by the arrival of his brother, who is being chased by two gangsters. All the while Charlie is falling in love with Lena (Marie Dubois), a waitress who works at the same bar as him.