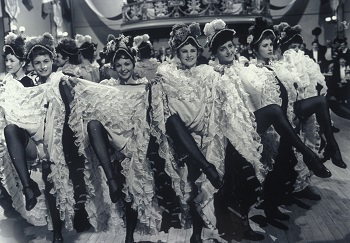 I see England, I see France, I see Exactly What It Says on the Tin...
A 1954 romantic comedy/musical from Jean Renoir, depicting the Hollywood History creation of Paris' Moulin Rouge and its signature dance.