Film / The Loves of a Blonde 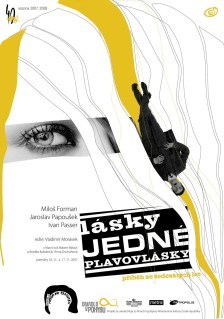 The Loves of a Blonde, also known as A Blonde in Love (original Czech title: Lásky jedné plavovlásky) is a 1965 Czech film directed by Miloš Forman, in his early days before he emigrated to the USA.
Advertisement:

Very Loosely Based on a True Story, The Loves of a Blonde tells the story of a young woman named Andula (played by Hana Brejchová), who has a routine job in a shoe factory in provincial Czechoslovakia. When the army holds maneuvers near her home town, the factory supervisor organizes a mixer for the largely female workforce and the all-male soldiers. This dance proves a mixed success: Many of the soldiers, who are middle-aged reservists, and many of the factory workers, who are inexperienced young women with idealized views of romance, are confused by and disappointed with their potential dancing partners. The film's protagonist, though, does meet an attractive young man named Milda (played by Vladimír Pucholt) who plays in the dance band and has a one-night fling with him, and decides to travel to the capital city where he lives in order to resume their romance.

The movie was quite successful in its home country, and is still regarded as a high point of the Czech New Wave.