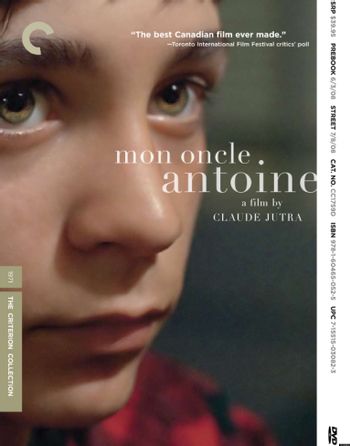 Mon Oncle Antoine is a 1971 Canadian film directed and co-written by Claude Jutra, and produced by the National Film Board of Canada.

It is set in a mining town in rural Quebec (and thus is in the French language) sometime around the 1940s. Antoine and his wife Cecile own a general store that is the focus of business in the little town. Antoine also has a second business as the town funeral director. The story is told from the perspective of his nephew Benoit, in his early teens, who works for his uncle as an assistant in both businesses. Also working in the general store are Carmen, a teenaged girl that Benoit is attracted to, and Fernand, who is attracted to his boss's wife. It's Christmastime, and everyone at the store is busy preparing for the holiday rush, and other business presents itself when Antoine and Benoit have to go far into the country to take custody of a corpse.