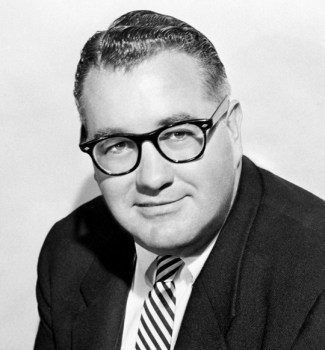 Robert Burgess Aldrich (August 9, 1918 – December 5, 1983) was an American film director, producer, and screenwriter. His violent and critical films made him a symbol of post-World War II American cinema.

Aldrich was born into a wealthy, politically connected family; his grandfather was a U.S. Senator and a cousin of Nelson Rockefeller. They were also conservative. But as a young man, he rebelled against his family, going towards the Left for most of his career and making a number of subversive films critical of American politicians and military officials. He is best known for the film noir Kiss Me Deadly for the films with Bette Davis, Whatever Happened to Baby Jane and Hush Hush Sweet Charlotte and his biggest hit and most famous film The Dirty Dozen. He was a major inspiration for Quentin Tarantino and Martin Scorsese and he was one of many Hollywood directors celebrated as "the auteur". It is the latter concept that would ultimately shape Aldrich's longest-lasting contribution to American cinema.

In The '70s, Aldrich became President of the Director's Guild of America. Being a tenacious and subversive man by nature, while also having knowledge of politics owing to his family connections, he became what film historians consider the most important president of the Guild's history. Under Aldrich, the DGA acquired what Alain Silver called its "most significant contract". He negotiated for higher residuals, extra payment for activities owing to consultations or additions of script, and most significantly the "first cut" privilege. Before Aldrich, directors on studio projects were never guaranteed any rights to make an edit or even allowed in the editing room, with only a few exceptions here and there, depending on the project and the producer. After him, nobody in any mainstream Hollywood film was allowed to touch a film until after the director made his or her cut before previews and additional feedback. Aldrich's politicized approach was controversial and also made him, unsurprisingly, unpopular among producers, but his reforms stuck even if his career plateaued by The '80s. The DGA named the Robert B. Aldrich Achievement Award in his honor granted for meritorious service.

Films directed by Aldrich with pages on this wiki include: