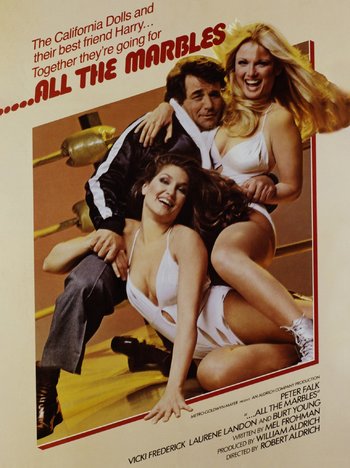 ...All the Marbles is a 1981 Professional Wrestling comedy-drama film directed by Robert Aldrich and starring Peter Falk as Harry Sears, the manager of the Tag Team the California Dolls, Iris (Vicki Frederick) and Molly (Laurene Landon). It won the Hochi Film Award (Japan) for "Best Foreign Language Film."