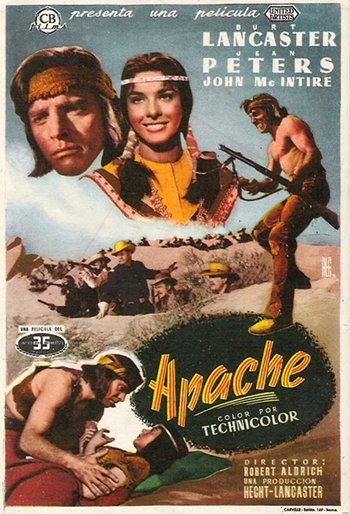 Apache is a 1954 American western film directed by Robert Aldrich and starring Burt Lancaster, Jean Peters, and John McIntire. The film was based on the novel Broncho Apache by Paul Wellman, which was published in 1936. It was Aldrich's first color film.

Following the surrender of Geronimo, Massai (Lancaster), the last Apache warrior is captured and scheduled for transportation to a Florida reservation. Instead, he manages to escape and heads for his homeland to win back his girl and settle down to grow crops. His pursuers have other ideas though.