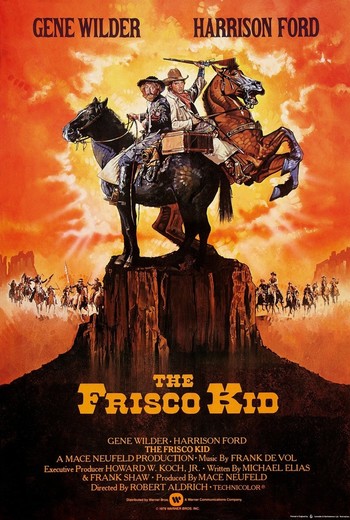 The Wild West adventures of a strictly kosher cowboy.
Advertisement:

The Frisco Kid is a 1979 American Western comedy film directed by Robert Aldrich, starring Gene Wilder as a Polish rabbi traveling to a Synagogue in San Francisco, who befriends a bank robber (Harrison Ford) while being chased by outlaws and Native Americans.