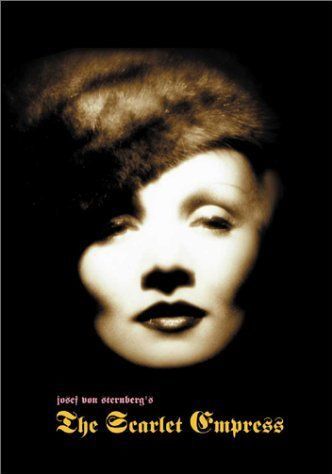 It's a Very Loosely Based on a True Story biopic of Catherine the Great of Russia. Dietrich plays a German princess, Sophia, who is sent to Russia to marry Grand Duke Peter, heir to the throne. Unfortunately, it turns out that Peter is a goggle-eyed, grinning lunatic, far more interested in playing with toy soldiers and peeping into the bedroom of his aunt, the Empress Elizabeth. Elizabeth for her part is desperate for a male heir to succeed her drooling idiot of a nephew, and has brought Sophia—who takes the more Russian name "Catherine" upon her marriage—to Russia to pop out a baby to maintain the dynasty. Catherine lusts for the handsome Count Alexei, and he for her, but unfortunately for them both Alexei is still sexually servicing Elizabeth. A neglected Catherine has her own sexual awakening, bearing a son that almost certainly isn't Peter's. When Elizabeth finally dies and her idiot nephew becomes idiot Tsar Peter III, Catherine acts to save herself.

This film was completed right under the wire as The Pre-Code Era gave way to The Hays Code. It shows in the narrative, as the film is filled with sexual imagery and themes.