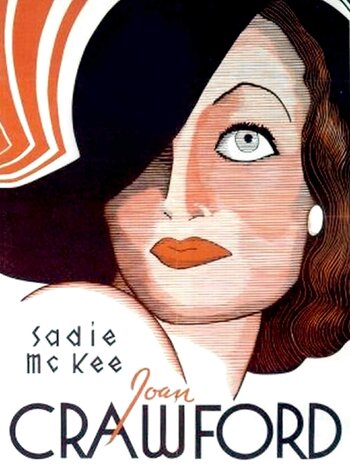 The film follows the life and times of the eponymous Sadie McKee (Crawford), a working girl in the millionaire Alderson household. She is currently dating Tommy Wallace (Raymond), who was fired by Michael Alderson (Tone) for allegedly stealing from the law firm they both worked at. Michael clearly has always had a crush on Sadie and shows his anger when she defends Tommy.

Tommy and Sadie run away penniless to New York City, but, like a cad, Tommy's hooked by a blonde and runs away to sing in her vaudeville act. Abandoned, Sadie works at a nightclub and meets millionaire Brennan. Constantly drunk, Brennan decides to marry her, and Sadie agrees — not because she loves him, but she wants comfort. Michael is Brennan’s lawyer and knows Sadie is only marrying Brennan for his money. Sadie takes this opportunity to prove Michael wrong by being a true wife to Brennan and helps him with his alcoholism. But a chance encounter with Tommy brings back all those former feelings, and she decides to leave the now sober Brennan. Understanding and kind, Brennan lets her go to find Tommy. He, now in a sanitarium, is dying. After his death, she becomes an honest working girl again while its clear Michael is in love with her still.