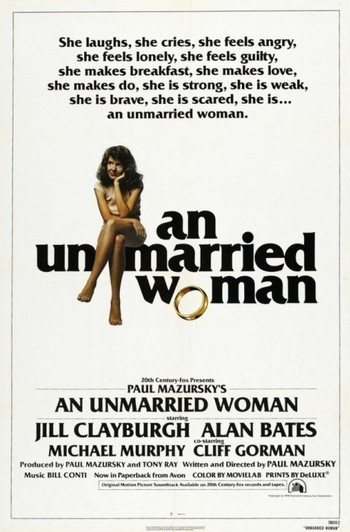 A 1978 comedy-drama film written and directed by Paul Mazursky and starring Jill Clayburgh.

Erica Benton (Clayburgh) is a rich New York City housewife who thinks she's Happily Married right up until her husband Martin (Michael Murphy) confesses to having an affair with a younger woman. After she becomes an unmarried woman, Erica goes on a Slice of Life journey to find herself. Eventually, she finds love with a sensitive artist named Saul (Alan Bates).