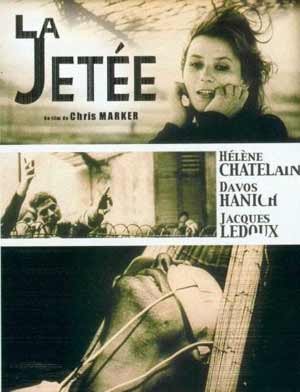 It takes place in a post-apocalyptic future in which humanity has been forced underground due to the aftermath of World War III and faces extinction from lack of resources. A series of Time Travel experiments take place with a prisoner as the subject, in hopes of being able to remedy humanity's present situation.

The film is notable for being shot almost entirely as a series of still images, without dialogue other than some mumbled German.

It was adapted in a more mainstream full length film entitled 12 Monkeys. David Bowie also references the film in his video for "Jump They Say".