Theatre / The Tales of Hoffmann 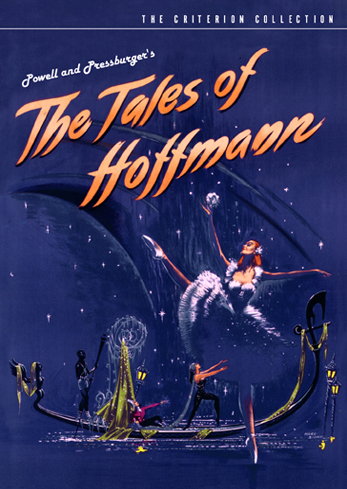 French title: Les Contes d’Hoffmann. A five-act opera in French, with score by Jacques Offenbach and libretto by Jules Barbier. The writer protagonist is a fictionalized version of E. T. A. Hoffmann, and the plot draws from three of the real Hoffmann’s stories: "The Sandman", “Councillor Krespel”, and the “The Lost Reflection” episode from A New Year Eve's Adventure.

Hoffmann is a writer and bon-vivant who at the start of the opera visits Luther's Tavern during the entr’acte of a production of Don Giovanni (starring Stella, the current object of his affection). The other patrons ask him to entertain them with stories. In the mix of drinking and storytelling, Hoffmann's mind starts to wander, and he blurts out mentions of his old loves. This intrigues the patrons and so he starts telling how he met and lost each of his previous three great loves: Olympia, Antonia, and Giulietta. Meanwhile, the sinister Councillor Lindorf, his Unknown Rival for the affections of Stella, and his seemingly normal friend Nicklaus, carry their own agendas and interests for Hoffmann.

The opera was Offenbach's final work and he died before completing it. Most operas tend to change and alter the opera and make changes to the ending as per the vision and design of the directors, composers and singers, and there's no final consensus on the true vision of Offenbach's works since his papers burned in the 1887 fire at the Opéra-Comique. It is was adapted into a famous film version by Michael Powell and Emeric Pressburger, which in addition to being an opera is also a ballet, and converts recitative sequences in the opening prologue into silent ballet pieces, featuring much of the same cast as The Red Shoes.

The opera is especially famous for the Duet that opens the "The Tale of Giullietta" (Venice section), known as the Barcarolle, featured in many movies like Life Is Beautiful, Midnight in Paris and whose tune was borrowed by Elvis Presley for "Tonight is so right for love".

Tropes used in The Tales of Hoffmann include:

Olympia is revealed to be a robot.

Olympia is revealed to be a robot.