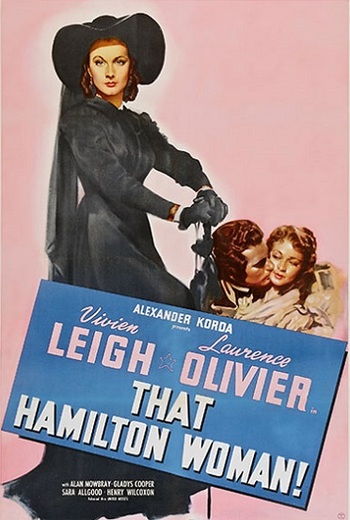 That Hamilton Woman, originally titled Lady Hamilton, is a 1941 black-and-white historical film drama which takes place during The Napoleonic Wars, and tells the story of the rise and fall of Emma Hamilton, dance-hall girl and courtesan, who became mistress to Admiral Horatio Nelson. Produced and directed by Alexander Korda, it stars Vivien Leigh as Emma, Lady Hamilton and Laurence Olivier as Horatio, Lord Nelson.