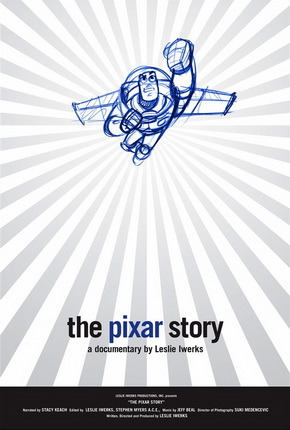 The Pixar Story is a 2007 film by Leslie Iwerks (granddaughter of Ub Iwerks). It is a documentary discussing the history of Pixar, from its founding by Ed Catmull, Steve Jobs, and John Lasseter through its struggles to stay afloat and its eventual meteoric success.
Advertisement:

The film was released, outside North America, on DVD in summer 2008 as part of the "Ultimate Pixar Collection", a box set of Pixar films. It was then included as a special feature on the WALL•E special edition DVD and Blu-ray releases, which were launched on November 18, 2008.