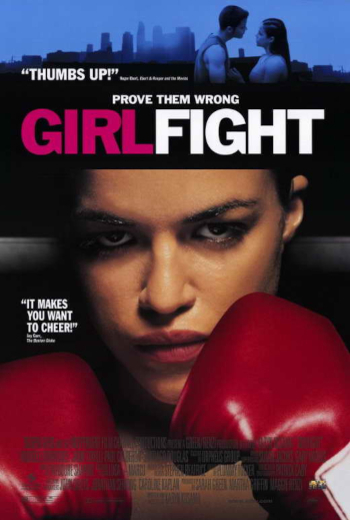 Girlfight is a 2000 American sports drama written and directed by Karyn Kusama and starring Michelle Rodriguez.

In Brooklyn, frustrated teenager Diana Guzman takes up boxing as an outlet for her anger. Despite facing disapproval from her father and a lack of enthusiasm from her potential trainers, she pursues the sport and begins fighting competitively.