Film / The Doctor Takes a Wife 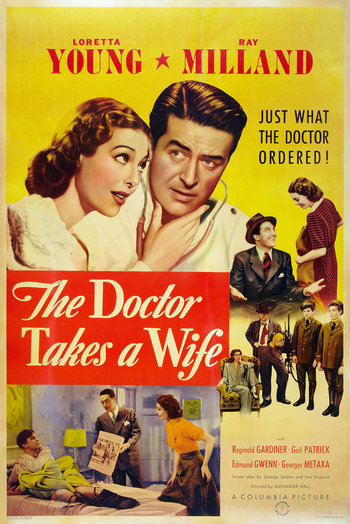 June Cameron (Young) is a best-selling author who wrote a book about how spinsters don't need a man for fulfillment. Through a series of misunderstandings, the press believes that she married Timothy "Tim" Sterling (Milland), a medical school instructor that she just met and with whom she has an instant enmity. After at first being appalled at the result the news would have with her audience, her publisher decides to let the mistake go uncorrected for a few weeks so she can write a best-seller about being married; Tim at first refuses, but later cooperates after discovering that being married may help with a promotion at academia.