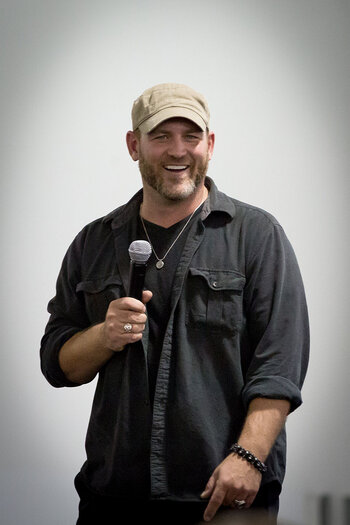 Tyler Victor Olsson (January 28, 1974) is a Canadian actor best known for his recurring role as Benny Lafitte in Supernatural, and for portraying real life 9/11 victim Mark Bingham in the A&E television movie Flight 93 and as the voice of Ord in PBS Kids animated children's series Dragon Tales.

He was married to Leanna Nash and they have two children.