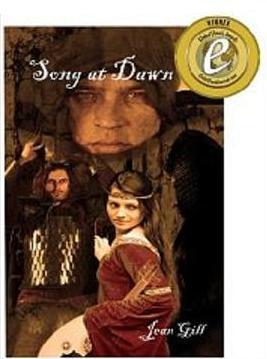 Book One in the Troubadours Series

1150 in Provence, where love and marriage are as divided as Christian and Muslim. A historical thriller set in Narbonne just after the Second Crusade. On the run from abuse, Estela wakes in a ditch with only her lute, her amazing voice, and a dagger hidden in her petticoats. Her talent finds a patron in Alienor of Aquitaine and more than a music tutor in the Queen's finest troubadour and Commander of the Guard, Dragonetz los Pros. Weary of war, Dragonetz uses Jewish money and Moorish expertise to build that most modern of inventions, a paper mill, arousing the wrath of the Church. Their enemies gather, ready to light the political and religious powder-keg of medieval Narbonne.

Song at Dawn sings of these tropes