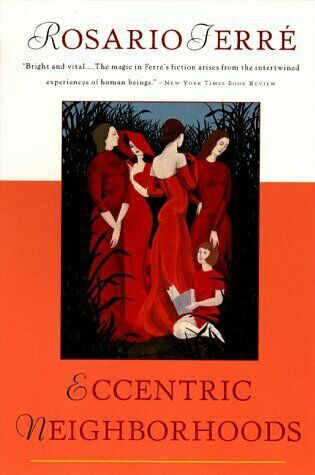 Read all about my family
Advertisement:

Eccentric Neighborhoods is a 1998 novel by Puerto Rican author Rosario Ferré. It is set in Puerto Rico from the late 19th century to the late 1970s.

Elvira Vernet is narrating the history of both branches of her family. On her maternal side, there's the Rivas de Santillana, the wealthy and cultured owners of a sugar plantation. And on her paternal side, there is the Vernet family, descended from Cuban immigrant Santiago ("Chaguito"), who slowly make their fortune from industry.

Tropes present in this novel