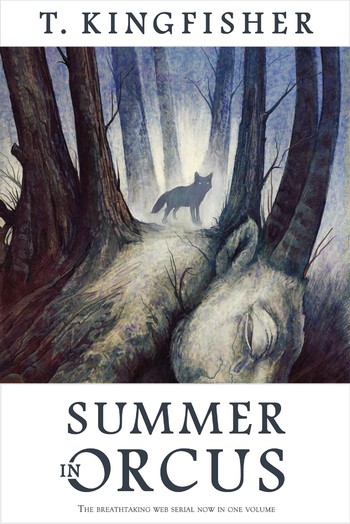 Summer in Orcus is a portal fantasy novel by T. Kingfisher (Ursula Vernon).

Summer is an eleven-year-old girl who lives with her overprotective mother. An encounter with the witch Baba Yaga results in her being sent on an adventure to the world of Orcus, which is threatened by the warlord Zultan and the mysterious Queen-In-Chains.

It has been published as an online serial, and is now complete.