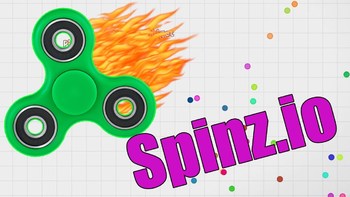 Spinz.io is a video game created by Yangcliu in 2017. It's an .io game in which players control fidget spinners, collect orbs scattered around the arena and destroy opponents once they get fast enough. If your spinner is four times faster than an opponent's, you'll kill them instantly.