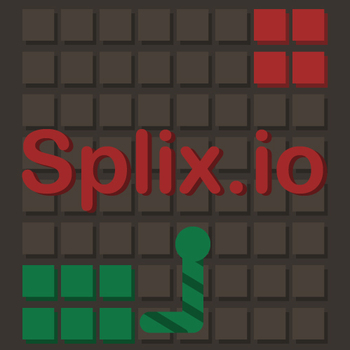 is a .io game in the vein of Agar.io and its ilk. It draws heavy inspiration from Qix, basically being a MMO version of that game. The objective is to survive as long as possible while earning points in order to climb the learderboard. One's score is determined by the size of their territory, as well as the number of eliminated players: by travelling over unclaimed or enemy territory, players trace lines, and if these lines form a closed shape, the inside of that shape is captured. However, running into the line of another player while they're outside of their home turf will kill them, and earn the killer bonus points. Players must therefore balance the reward of capturing large patches of land with the risk of being caught and eliminated by others.

Tropes used in the game include: