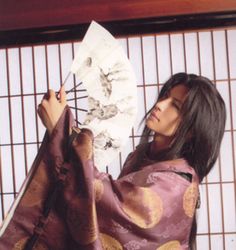 Gackt has also been used to model several characters for video games, including Genesis Rhapsodos for Dirge of Cerberus: Final Fantasy VII and Lau the protaganist of Bujingai. He has been cast as a voice actor for Seishirou Kirishiki in Shiki and Fiend of Twenty Face in Trickster and as Nemuri Kyoshiro in a theater play, after performing his first concert tour in Europe "Attack of the YELLOW FRIED CHICKENZ." Oh, and he's also playing Oda Nobunaga in the Sengoku Basara Moonlight Party

He is also known to speak well in Chinese.

On September 9, 2021, he went on a hiatus due to a neurological disease that is progressively becoming life-threatening until coming back in June 2022 to reprise Genesis Rhaspodos in the remake of Crisis Core: Final Fantasy VII.

Acts that Gackt has performed with: