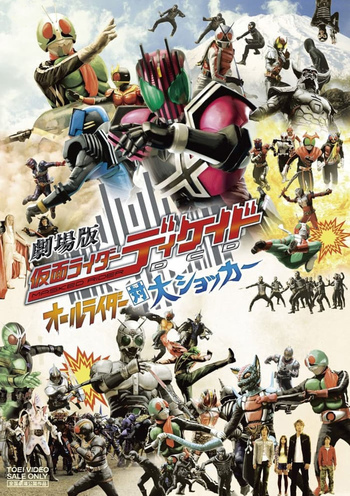 The summer movie of Kamen Rider Decade, shown alongside Samurai Sentai Shinkenger The Movie: The Fateful War. In this movie, Tsukasa and his allies confront the malevolent group Dai-Shocker, while finding more about Tsukasa's past and family he left behind in his adventures, including his younger sister Sayo Kadoya