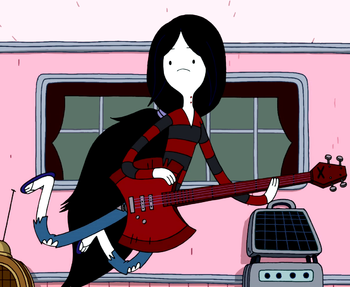 Someone: Tchaikovsky, cannons are not instruments.
Tchaikovsky (probably): Yes they are and I'm going to use 21 of them.
— "tchaikovsky no,"

The inverse of Instrument of Murder and Musical Assassin, Instrumental Weapon is where someone uses his or her weapon as if it were a musical instrument.

Ravess plays her bow like a violin before firing an arrow.

Ravess plays her bow like a violin before firing an arrow.