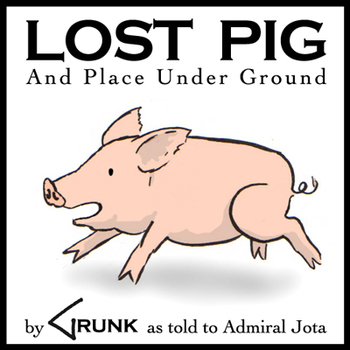 Grunk the orc is sent to find a pig that's escaped from the farm where he works. Wandering through the dark forest, he falls down a hole into a system of mysterious tunnels. The good news is, he's found the pig. The bad news is, catching the pig is going to be harder than finding it. And then there's the problem of getting out of the hole. And in one of the dark tunnels, there's something making a strange noise...

All story told by Grunk in Grunk own words.