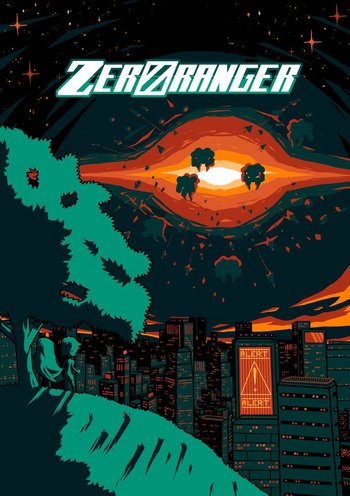 This is the story of a fighter who wanted to become...
Advertisement:

Released on September 28, 2018, ZeroRanger is a vertical Shoot 'em Up by System Erasure

So far, it's all pretty standard fare. But as you fight, die, and restart, the more you learn about about GREEN ORANGE and the world, the stranger the story becomes...

A third game mode to fill the remaining slot on the mode select is currently in development.

Due to this game's twist-heavy nature, the trope list below will contain some unmarked spoilers. You Have Been Warned!

"Trope List" has been written
Proceeding with the mission