Video Game / Indiana Jones and the Staff of Kings 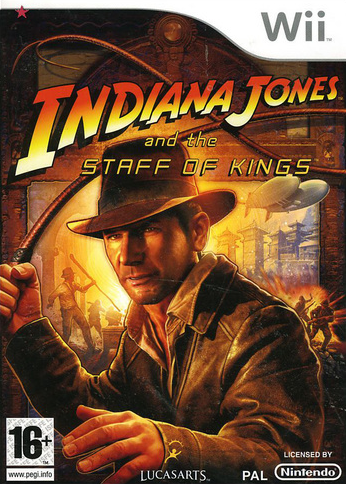 Indiana Jones and the Staff of Kings is an Action-Adventure game developed by Artificial Mind and Movement, published by LucasArts and released in 2009 for the Nintendo Wii, Playstation 2, Nintendo DS, and Playstation Portable. Players take control of Indiana Jones in a quest to find the fabled Staff of Moses, and, predictably, prevent it from falling into the hands of the Nazis.
Advertisement:

Plagued by constant delays during development, the Playstation 3 and Xbox 360 versions were eventually canceled. The game that was released on the other platforms received mixed to negative reviews.