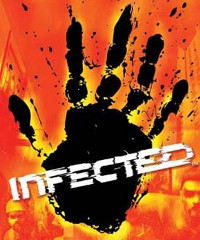 It's Christmas Eve in New York City! The mayor is throwing a wonderful tree-lighting ceremony, attended by many. He even has a disabled young boy to pull the switch to activate all the lights.

And as he pulls the switch, people notice that a lot of the crowd are decaying...

And New York City falls victim to a terrible virus that turns its victims into flesh-eating cannibals. This makes it okay to shoot them. The newly formed New York Bio-Hazard Team finds a sole survivor of an undead attack, one Officer Stevens. They find that Stevens is the only available person immune to the disease.