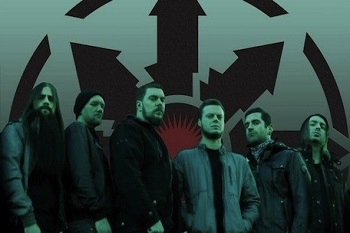 Chimaira was easily one of the genre's most consistently hard-hitting and passionate bands. Formed in the year of 1998, the band was, with Lamb of God, a notable member of the New Wave of American Heavy Metal, the modern equivalent of NWOBHM. They originally started off with a Nu Metal / Groove Metal hybrid, eventually dropping the influence from the former and mixing the latter with Metalcore, Death Metal, and Thrash Metal. Well-known in the metal community for their vocalist Mark Hunter and their guitarist Rob Arnold, the band has had several lineup changes since their formation.

Musically, they were noted for their extensive use of double-bass drumming and their brutal, rhythmic vocals. Despite the many influences in their music as stated above, they are labeled by most as a Metalcore or Groove Metal band, though they are far, far more respected than most bands in the former genre.

On September 3, 2014, Mark Hunter officially announced the end of the band shortly after Emil Wrestler quit, which had led to the rest of the members leaving prior to Hunter making said announcement. In 2017, they announced a one-off reunion with the original lineup.