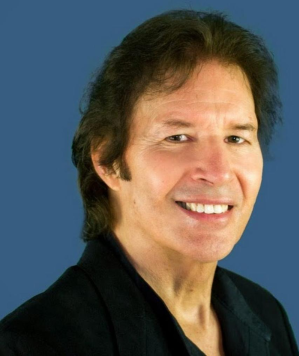 Neil Francis Breen (born November 23, 1958) is a Las Vegas-based real-estate agent and architect, but is more well-known for his forays into independent filmmaking since the mid-2000s. As a director / writer / producer / actor / art director / head financier / editor / composer / caterer, he's directed a series of films dealing with supernatural events, government conspiracies, untrustworthy men in high places, marital strife, loneliness, and a moral center saving the others from their corruptness. And they all stink on ice.
Advertisement:

In the past decade, Breen has come into internet infamy, thanks in part to review sites such as RedLetterMedia, YourMovieSucks.org, and The Cinema Snob taking on his efforts. The incompetence of his films, from acting to production value, takes on new levels of So Bad, It's Good on film that have yet to be seen. Not only has this propelled him to cult stardom, he's used this newfound popularity to his advantage, having his fans kickstart his films rather than having to finance them himself.

Despite this, Breen is a stellar example of what a true independent filmmaker can be. The fact that this is a man who doesn't need to do this, but chooses to do so simply because he's so passionate about what he does is somewhat inspiring, to say the least. Not only that, but because his films have increasingly relied on crowdfunding, they're coming out more and more often, a far cry from the days when they were released every three to five years on the salaries from his day jobs. While he may not be the most talented artist, Breen's enthusiasm, passion and drive to create the kinds of films he wants without studio interference make him a true example of an independent artist.

If you want to keep up with the man's myth and legend, you can find him on Twitter

The works of Neil Breen include examples of: