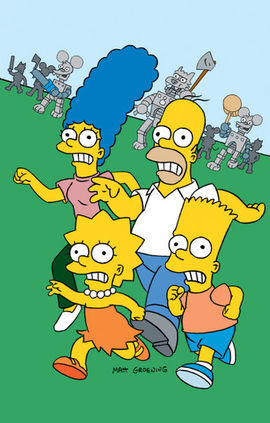 Episode - 2F01
First Aired - 10/2/1994
The Simpsons are going to Itchy and Scratchy Land — a new theme park based on the violent antics of Bart and Lisa's favorite cartoon series.