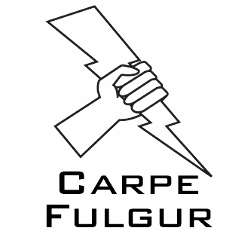 Carpe Fulgur (Latin for "seize the lightning") is a video game localization team specializing in localizing Japanese indie games to a U.S. audience. The team consists of Andrew "Space Drake" Dice and Robin Light-Williams, two Something Awful users whose interest in Japanese doujin games brought them together.

They are best known for localizing Recettear: An Item Shop's Tale.