Video Game / The Legend of Heroes: Trails in the Sky - Second Chapter 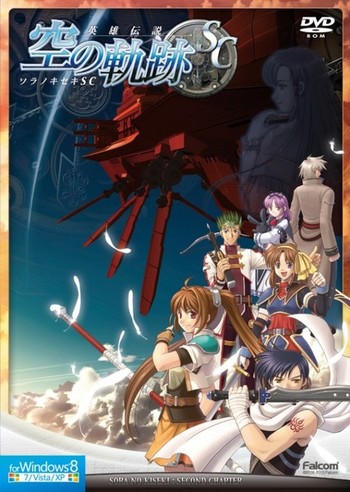 The sequel to the original Trails in the Sky.

Several months after the events of the first game, Estelle has taken it upon herself to search for Joshua after his sudden disappearance in hopes of bringing him back.

However, a secret society by the name of Ouroboros have decided to make their move in Liberl, setting off a chain of events that could the change the face of the nation.