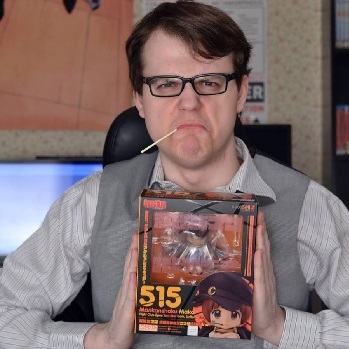 is a YouTube channel led by Canadian vlogger Geoffrey "Geoff" Thew. Here he mostly talks about anime in the form of reviews and analysis. On occasion, he makes videos about other media than anime, such as movies, TV series, and games, although anime stays the most prominent topic. He's also a fan of video games.

His earliest videos on the main channel date back to 2015, starting with a series called "What's in an OP?" Here he breaks down the meaning and layers of anime openings. Later on, he would do a couple of reviews, although most of these were about certain movies, tv-series or games. In early 2016, he did the first Weebcast with Beatrice the Golden Witch (going by Digibro at the time), Best Guy Ever and Subsonic Sparkle, which was hosted by Beatrice. During fall 2016, he would start to feature the series on his main and later on his second channel. The Weebcast is a podcast consisting of multiple anime YouTubers talking about and discussing certain trends within the anime community, most often seasonal anime.

As of May 2020, he has gained over 1 million subscribers.