Who Even Needs a Brain? 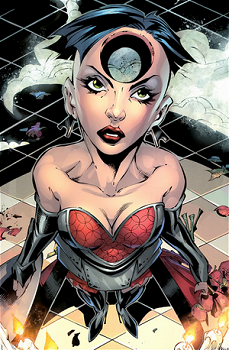 Una Nemo has an open mind.
Dr. Cockroach Ph.D.: [about B.O.B.] Forgive him, but as you can see, he has no brain.
B.O.B.: Turns out, you don't need one.
[B.O.B. then forgets how to breathe]
— Monsters vs. Aliens
Advertisement:

In real life, having your brain physically removed from your body pretty much means you are dead. In comedy however the results can be a little different, leading to one of these outcomes (besides the realistic fatal one, obviously):

Walking Vegetable: In this case the body is in a drooling zombie like state, able to walk after a fashion but otherwise almost totally unaware of anything going on around them. Any speech will be monosyllabic. Can be done realistically, if some important parts of the brain remain but all the higher regions are gone.

Stupid but Aware: In this case the character has simply turned into The Ditz - they are much stupider than usual but able to talk properly, walk around without bumping into things and so on. Probably the least common category.

No Change: This is most likely to happen to a character who is already The Ditz. Brain falls out, is stolen or whatever and the de-brained character acts exactly the same (and may not even notice their brain is gone.) Sometimes the brain will be far smaller than normal to begin with.

No brain to lose: A slight variation on the above; it turns out the character doesn't have a brain in the first place!

See also In One Ear, Out the Other which is often how the absence of a brain is revealed.

No brain to lose: