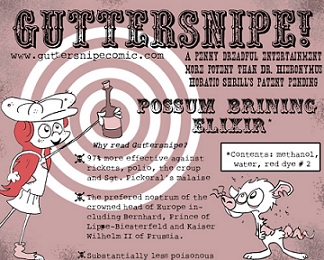 is a webcomic about a homeless, starving street urchin and her pet sewer rat. Taking place during the Great Depression, the strip lampoons popular misconceptions of the era, including bootleggers, boll weevils and hobos.

Guttersnipe has the following tropes: