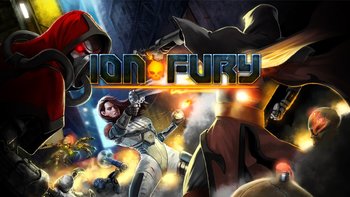 Ion Fury (formerly Ion Maiden) is a first person shooter developed by Voidpoint and published by 3D Realms. It's a prequel to 3D Realms and Interceptor Entertainment's Bombshell, and is meant to be a throwback to older shooters like Duke Nukem 3D, Blood, and Shadow Warrior. In fact, it even uses a heavily-modified version of the Build Engine, making it one of the first commercially released games since Team TNT's World War II GI (released 1999) to use the engine.