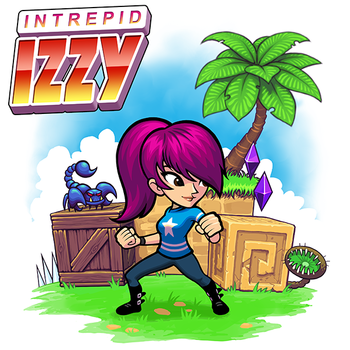 Intrepid Izzy is a Beat 'em Up Platform Game by Senile Team.

Izzy was exploring a temple one day when she found a large treasure chest. Upon opening it, she ended up releasing a large blue villainous sorcerer who made known his intention to spread chaos across the world. Izzy criticizes his theatrics, to which he just zaps the floor out from underneath her.

Falling into the depths of the temple, Izzy begins her quest to defeat the sorcerer and save the world.