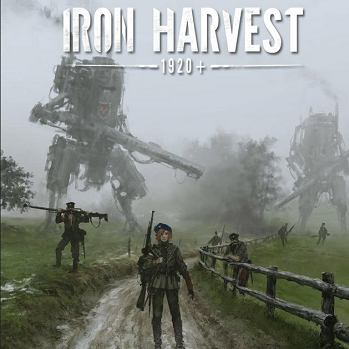 Iron Harvest is a Real-Time Strategy game set in the alternate reality of 1920+, the same universe that Scythe takes place in. 1920+ is an Alternate History version of Europe two years after the end of World War I; with one of the main differences being that in this world mechs were developed instead of tanks to break the deadlock of the trenches. The game features three factions:
Advertisement:
The game was developed by German studio King Art Games, published by Deep Silver, and fully released on September 1, 2020. It has two DLCs: