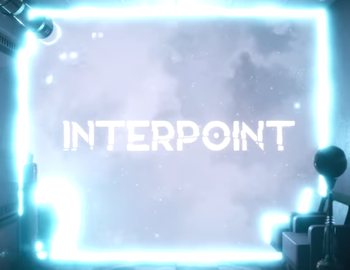 Interpoint is a sci-fi themed Puzzle Game with horror elements, developed by a Russian studio Three Dots and first released for PC through Steam Early Access on April 15th, 2019.

It takes place in 2032, and you take on the role of Harry G, a scientist who takes part in the secretive experiment about going through the alternate dimensions for the betterment of humanity. Genre's conventions mandate that he arrives alone and with only a few logs left behind by the past participants, and he must untangle the mystery from there.