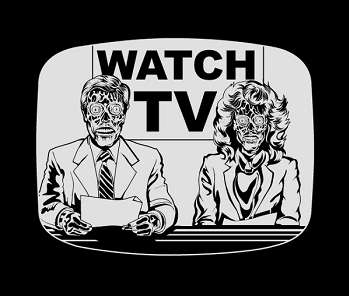 Life sucks sometimes, doesn't it? You got fired from your job, your girlfriend broke up with you, and you're about to be evicted. Things have really taken a downward turn. But don't worry! It certainly isn't your fault.

See, there's these people. Bad people. They don't like you. They don't like much of anyone. And they oppress you. They have satellites that can beam pictures into your head, that's why you kept seeing all that stuff, lost concentration at work. They plant radios in your teeth so that you think you're Hearing Voices. They shoot these weird rays into your brain so that you have those... urges... it's not you. It's them. It's all their fault. They're the ones doing this to you! It's all them. All them, all them, all them, all-

What, you don't believe me? Well, you have to. Because otherwise, it would be you. It'd be all your fault. And that can't be right.

After all, It's not my fault you're hearing voices in your head now, is it? Maybe you should try wearing a Tinfoil Hat to make them go away.